Fast forward again to March of 2015.  I ordered about 35 trees from Bob Wells Nursery and Grow Organic.  28 of these trees got planted in the contour woody beds.  I still had two beds fallow and unused.  At this time in my life, work had become an incredible drain on my time.  This was pretty much the last project I had been able to complete in 2015.

I ordered Chinese chestnut, halls hardy almond, Li jujube, plums, peaches, apples, pears, a couple of fig trees and a wonderful pomegranate.  I completely failed to snap pictures of the trees.  I instead became very fixated on nature’s compliments to my garden.  Namely the animals.  Lizards, frogs, a garden snake and baby fricken bunnies.  No kidding!  I got pictures to prove it. 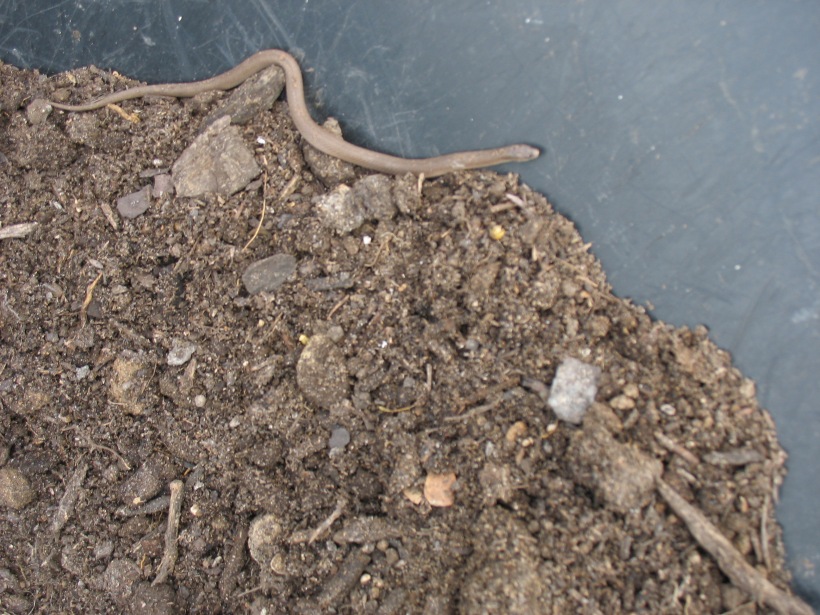 A little garden snake upset that I put him in the wheelbarrow.  I released him elsewhere in the garden away from the end of my shovel.  As I continued to plant the trees, I noticed the soil was very easy to work and almost effortless digging.  As I made my way along the beds, soil had settled between the logs making holes for nature to fill. 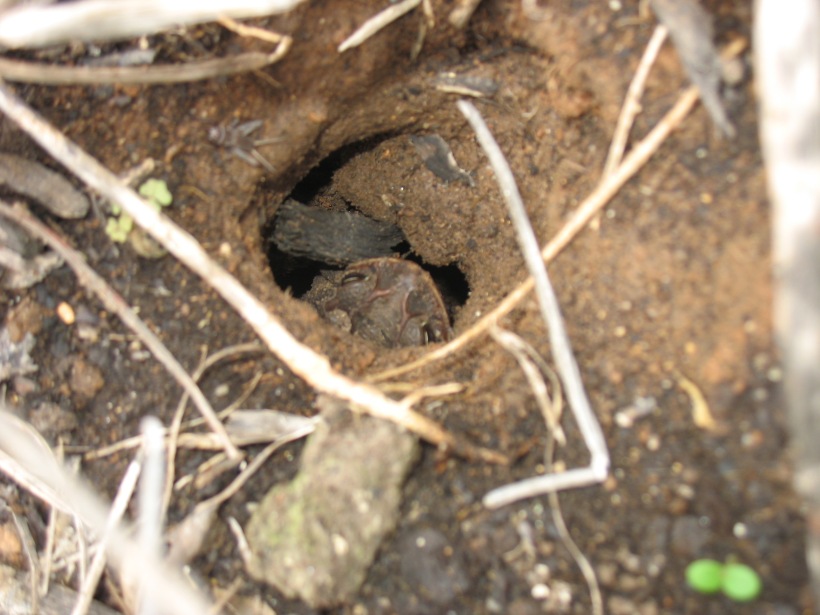 Frogs in your garden are a compliment from nature.  Since frogs respire over 50% through their skin, they are very subject to pesticides and chemicals.  My garden is devoid of these damaging agents and I actually stumbled upon another set of frogs. 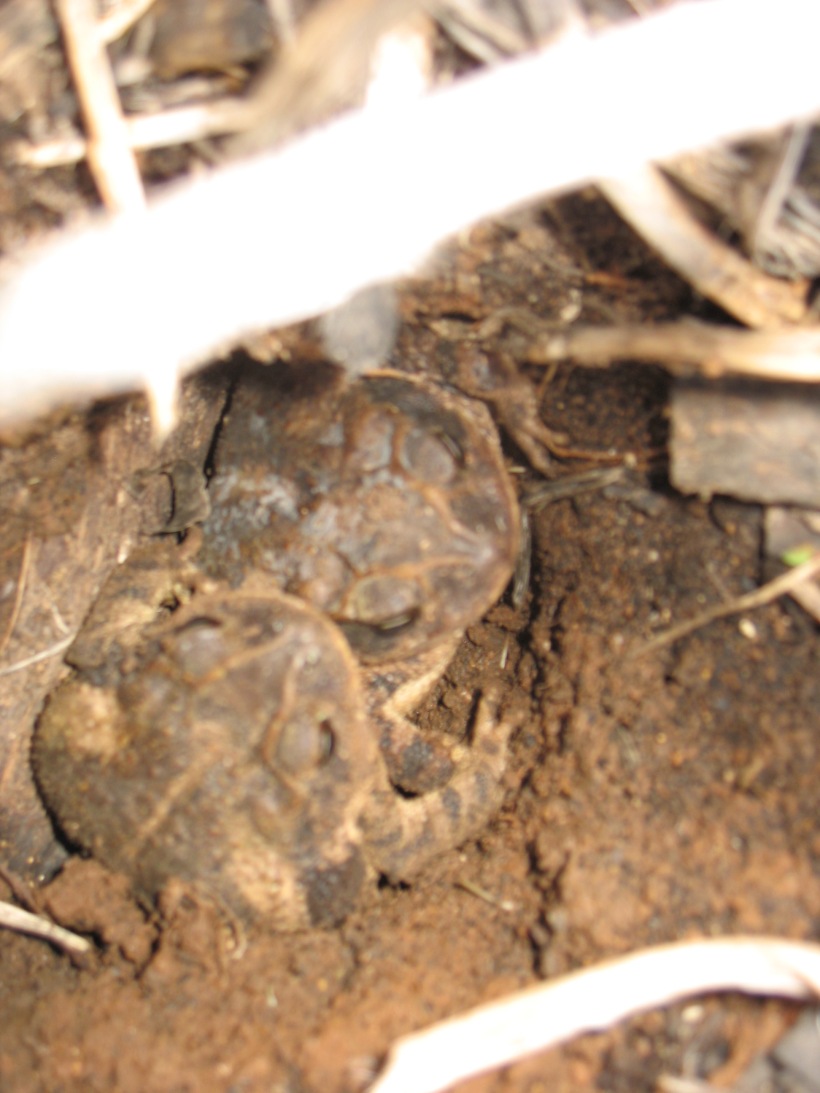 After finishing the first row of trees I continued to the second row.  As I put my shovel into the ground I stepped back and heard I high pitched screaming.  It was pretty horrible, but my coolest discovery was yet to be found. 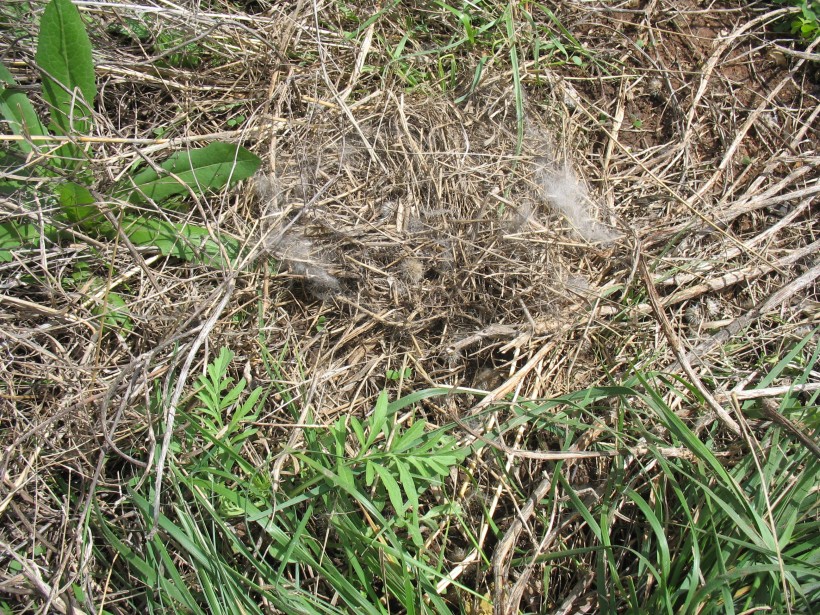 I had inadvertently stepped on a bunny burrow.  I lifted up the straw and fur to find a den of kits. 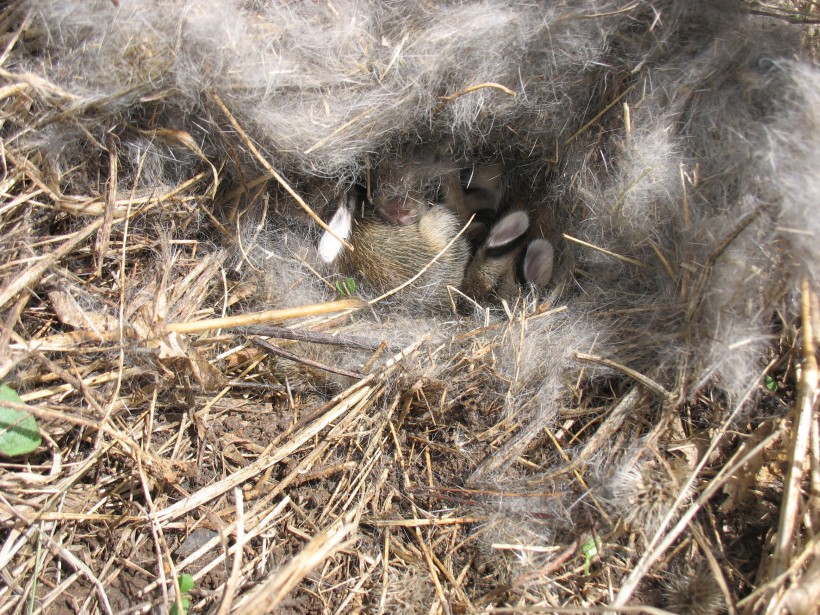 I removed the fur and straw to make sure I hadn’t hurt any of the little ones. 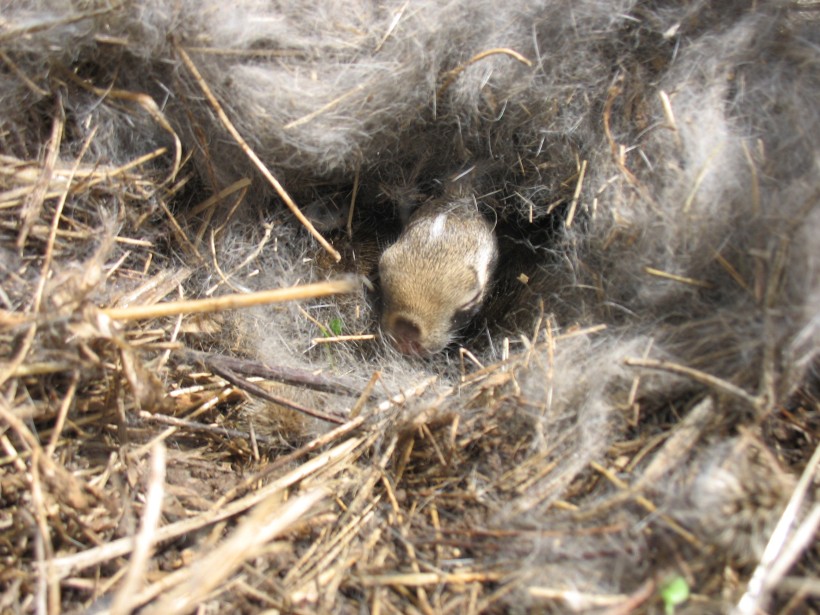 Every night when I come home, I see the adult versions running around.  It was pretty cool to actually be able to see the babies.  Everyone was just fine and were nestled back together in their burrow.  I got all the rest of the trees planted.  I was exhausted and consequently I forgot to snap tree pics.